Posted in Food and beverages

Some industrial plants that run 24/7 and consume large amounts of electricity and heat utilise cogeneration to service these needs. Cogeneration is an efficient use of fuel because otherwise-wasted heat from electricity generation is put to some productive use offsetting costly and inefficient fossil fuel boilers. Because these systems have many interdependent components there is usually room to increase the efficiency.

The edible oils site in question utilises cogeneration to service their electrical and heat energy needs. A cooling water system is required to operate these engines. The system cools the high temperature stage of the charge air cooler and the cylinder block. The heat surplus from the High Temperature (HT) cooling water was being utilised through various heat exchangers across the site to negate the full volume of steam necessary at these points. However this heat was not being fully siphoned by these users and air coolers were required to extract the remaining heat from the water circuit, dumping it to the atmosphere, before it was redirected to its primary function, cooling down the engine.

Usage of steam in the deodoriser vacuum system was also identified as an area where significant improvements could be made during the Clarity analysis process. Sea water was being used to cool the condensate circuit. However, the use of sea water has a number of limits :

Both of these mean that the plant had to substantially reduce their production as they could not achieve the necessary vacuum required.

Another big industry problem in the refinery process is the loss of tocopherols. During deodorization not only do the impurities leave the oil but also valuable compounds such as tocopherols. Studies have shown that the average losses of total tocopherol content during the chemical and physical refining processes were found to be 30.2% and 35.5%, respectively.

CoolPlanet plugged its Clarity technology into the site’s existing SCADA system to harness and analyse the plant’s data. Through an in-depth analysis via Clarity, a heat mass balance for the site was developed. A two-pronged approach was undertaken carrying out an assessment of the users connected to the HT circuit from cogeneration and an analysis of the heat being rejected by the HT air battery. It was found that there is currently 2.485MW of HT heat used on site leaving a surplus of over 3MW available to use.

It was proposed to go a step further and turn the cogeneration into a trigeneration system. Trigeneration or combined cooling, heat and power (CCHP) refers to the simultaneous generation of electricity and useful heating and cooling from the combustion of a fuel. This will further increase the efficiency of the overall system.

Trigeneration was possible by installing an Absorption Chiller (ABO) to use the spare heat from the Cogens to generate chilled water with temperatures in the range of 4 – 8C. This was a very significant decrease in cooling versus the 15 - 27C of the old system. This water stream would be used to chill the condensate in the deodoriser vacuum system to levels where the first two steam ejector stages could operate at 10mbar rather than the 30 mbar. This lower pressure will result in a reduction of steam usage based on the reduced compression ratio required. It also allowed the plant to run at full production throughput during the hotter months of the year along with increasing the tocopherol yield by 2%.

The below graphs show clear steam and vacuum drops after the ABO installation takes place. The blue line represents the chilled water temperature drop for both graphs to show that the other drops happened at the same time, ie as a result of the ABO. 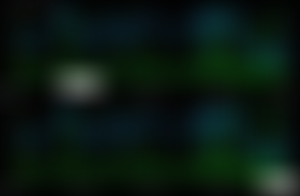 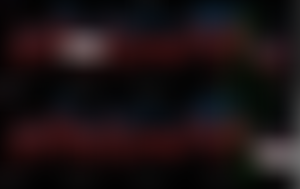 The installed absorption chiller (ABO) technology which led to €267,375 in savings can now be rolled out across the company’s multiple edible oils plants globally where applicable, creating further savings.

The outcome of this project has been significant. The cogeneration, now trigeneration system is operating at a higher level of efficiency. Steam consumption in the deodorising process has decreased by 1.3tonnes/ hr and product quality has also increased. Production throughput has increased throughout the year and deo distillate recovery has increased significantly. Clarity is continuously monitoring the new system to ensure that the increased energy efficiency and product quality remains a constant.

The total annual fuel cost was reduced by €183,375 annually, while a further €84,000 was generated from improved product quality at the plant.

In terms of capital expenditure (CAPEX), the payback of the improvements made by CoolPlanet is estimated at only 1.3 years.